Audi’s move into the all-electric market has stepped up a gear with the launch of a new SUV model, the e-tron Sportback. Building on the success of the first Audi electric SUV released earlier in 2019, the Sportback makes several large strides toward capturing a segment that Audi clearly has in its sights.

The new Sportback follows the recent trend of the SUV definition becoming ever looser. As the name suggests, the car lies firmly at the sport end of the sport-utility spectrum, boasting a sleek body shape which Audi refers to as a coupe.

The traditional SUV design is echoed in the chunky raised front end, complete with an assertive grille and headlamp configuration. However, the roof slopes steeply back from the second row to create an outline that’s sportier than any SUV seen so far.

The effect is completed with flared wheel arches, stylized allow wheels, and chrome side trims, making this a car that definitely looks the part.

While the Sportback’s looks are certainly a major selling point, it’s under the hood where the new Audi electric SUV starts to push the boundaries. The 95 kilowatt-hour battery pack provides a highly respectable range of just under 450km, a significant increase over the original e-tron’s capability.

But the range doesn’t come at the expense of power. The dual motors push out a combined 350 horsepower to the all-wheel drive, with instant 100% torque available at any speed, placing the Sportback firmly in the tradition of Audi high-performance vehicles. 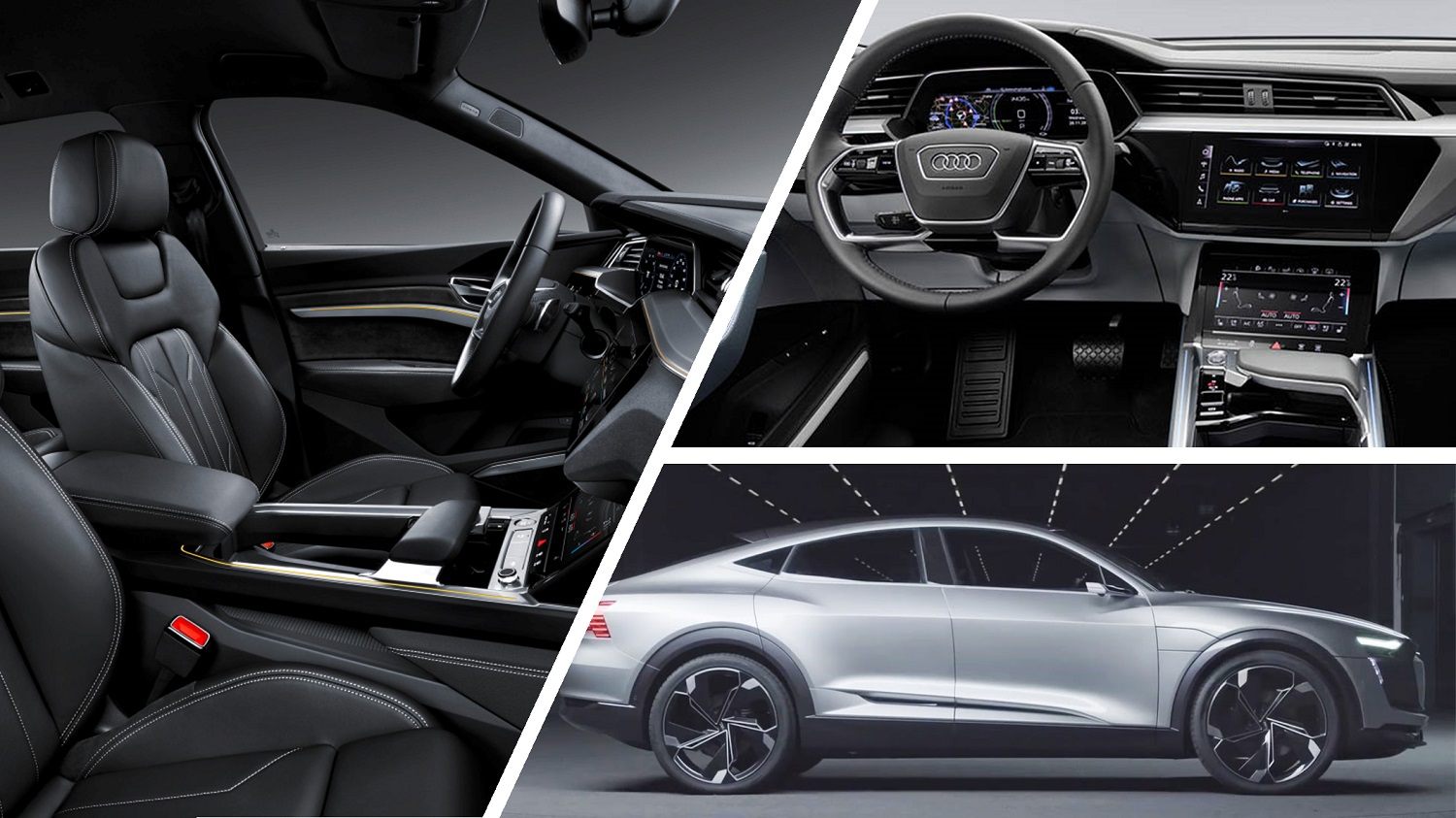 Of course, Audi is renowned for high levels of luxury as well as sheer power, and the Sportback doesn’t disappoint on this score. Alongside the 12.3 inch digital instrument cluster there’s a 12.1 inch touchscreen for the main infotainment functions, as well as a secondary 8.6 inch touchscreen for climate control and text input. Voice control is standard, with Amazon Alexa the default option.

The layout of all electronic controls and instruments is dynamic, with the size and position of each element customizable to suit the driver’s preferences.

One of the most notable aspects of the Sportback is the inclusion of Audi’s new digital matrix LED lighting technology. Rather than projecting a blanket of light, the headlamps focus their illumination extremely finely, allowing a clear view of the road ahead without distracting other drivers. What’s more, oncoming vehicle detection can be used to automatically focus light away from other drivers’ eyelines, returning to full beam when the road is clear.

The headlamps can also project guidelines onto the road, making it simple to judge distances and parking space width alike. And as an impressive gimmick, when the car is started up the headlamps can project one of several pre-programmed animations on the garage wall or driveway surface.

All of these advances add up to an SUV which breaks new ground in the all-electric market, bringing high performance and a sense of style that’s been a little missing in comparison to the gas and hybrid segments. And with 20+ more Audi EVs slated for release over the next five years, the Sportback points firmly toward interesting times to come.